One of a CIO’s chief concerns is to ensure that IT assets and staff are working effectively together within the context of an organisation’s overall business objectives.

However, CIOs can get so wrapped up in the IT part of the job that they can overlook the most important aspect of a business: the people who work there every day, says Sherif Sheta, CIO for the Centre for Commercialization of Regenerative Medicine (CCRM), a Toronto-based, public-private life sciences organisation that develops and commercialises regenerative medicine-based technologies and cell and gene therapies. 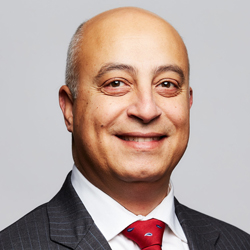 “When I fail personally, it’s because I didn’t anticipate the human impact of an initiative,” Sheta says, citing some of the things he’s learned along his 35-year career in IT.

CCRM is funded by the government of Canada, the province of Ontario, and academic and industry partners. A major goal is to make Canada a go-to destination for cell and gene therapy manufacturing.

Sheta plays a crucial part in ensuring progress towards this goal, and he says that understanding an organisation’s culture is key to his role as a transformational CIO. He’s the executive that a company calls when IT and business aren’t speaking the same language within a company and need to find a way to engage more effectively, he says. “I come in and change the culture of the IT department,” Sheta says. “I create the alignment between the IT and business. That’s really the transformation.”

THEME KRATOS MADE BY VTROIS